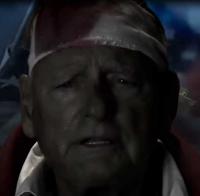 Visitor From the Past - WHO are WE?

This video is a thought provoking capsule of time reviewing the sacrifices by past generations to create a nation of 'free men and women' and to lay the foundations of that Freedom for all eternity as well as the threats from within and without!

Hollywood pushes endless myths that demonize guns and gun owners. Ultimately, the film industry endangers lives by misleading people about such an important issue. Here are just a few myths:

MYTH: Guns are more likely to do harm than good.

REALITY: Guns are used at least hundreds of thousands of times a year for self-defense, far more often than they do harm. 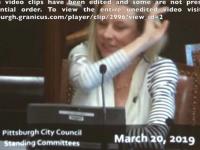 This video is a compilation of the continuing bias and prejudice of Pittsburgh City Council against the Constitution, the law and the intent to circumvent the rights of citizens to advance the gun control agenda. 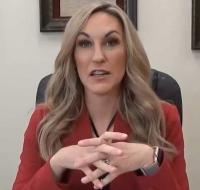 Extreme Risk Protection Orders (ERPOs) are all the rage in the far left's gun confiscation agenda. This video from attorney Alex Kincaid points out that there are already laws on the books to cover situations such as the Parkland mass murderer.

Every state in this country already has a set of laws that allow law enforcement to take away firearms from people by civilly committing them, but currently they have to do it by validly following the other protections in our Constitution. 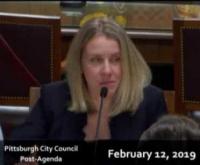 Councilwoman Strassburger reveals, for anyone who ever doubted, the true agenda behind the illegal Pittsburgh Gun Control push (Time Stamp for this comment 3:35): ". . .I'm under no illusions that these three bills that we're proposing here at city council are going to solve every mass murder or suicide, or, umm ya know really make a dent in in the problem of gun deaths, homicides, violence, and accidental deaths as they relate to guns, but umm they are part of a strategy that I believe will umm work itâs way up through the state and to the federal level and umm are really important first step, so that's why we propose them. So, thatâs all Iâll say"

Does 'anyone' believe the Constitution or our 'Rights are 'safe' with these people?