Title: In firearms and other dangerous articles, further providing for sale or transfer of firearms, and establishing the Pennsylvania Gun Buyback Program ...

Description: In firearms and other dangerous articles, further providing for sale or transfer of firearms, and establishing the Pennsylvania Gun Buyback Program . ...

FOAC President, Kim Stolfer, is interviewed by AAR Radio Host Mark Walters about gun control efforts in PA and the need for gun owners to get more involved in protecting and advancing 2nd Amendment and Article 1, section 21 rights. 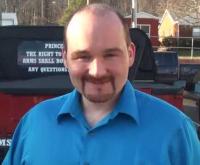 This is good advice from Attorney Josh Prince on how to conduct oneself in self-defense situations with a firearm and what can be expected to occur.

A "good Samaritan" with a gun killed an active shooter who may have been gearing up for a deadly rampage at a Texas sports bar.

The media continues its' collective slide into irrelevance with the bias/slant/lies that roll out of the lips of media pundits who have lost what it means to report the news and not manipulate it.