Title: In terms and courses of study, providing for moment of silence on September 11 anniversary.

Description: In terms and courses of study, providing for moment of silence on September 11 anniversary. ...

On September 16, 2021 Congresswoman Marjorie Taylor Greene Was a guest on Steve Bannon's War Room podcast explaining why Congress is failing 'and' how things are really done and why the Democrats hate her so much. 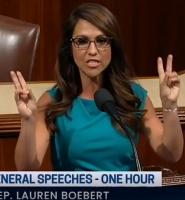 Congresswoman Lauren Boebert (R-CO-3rd District) delivered a speech for the ages in targeting the hypocrisy of the Gun Control Lies coming out of the Biden Administration AND Congressional Democrats. Boebert slams the attack on the rights of law abiding citizens that is occurring at the same time the Biden Administration and Congressional Democrats seek to disarm the very same law abiding citizens! 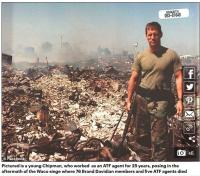 Fox News' Tucker Carlson points out deeply concerning facts about Bidenâs pick to head BATFE, David Chipman, as well as Chipman's comments on his show, "Tucker Carlson Tonight," on Thursday (4/8/2021), saying, "No one aboard a federal helicopter was shot or injured that day. The helicopters didn't crash. That is a bizarre claim to make from someone who was directly involved in the case, as David Chipman was." Other articles have illustrated that Chipman was involved in the Ruby Ridge standoff as well. 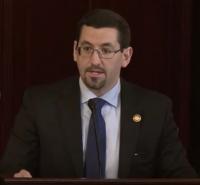 PICS Hearing: Is PICS Worth It? Harrisburg Questions the Value!

The state's background check system, known as PICS, came into focus on Thursday (2/20/2020) as legislators reviewed the proposed Pennsylvania State Police budget for the 2020-21 fiscal year that would increase the PICS budget by $1.3 Million Dollars.

Listen to this exchange with Rep. Ortitay and Lt. Col. Price as they state they can't fix this PICS system problems. 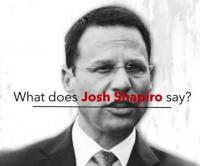