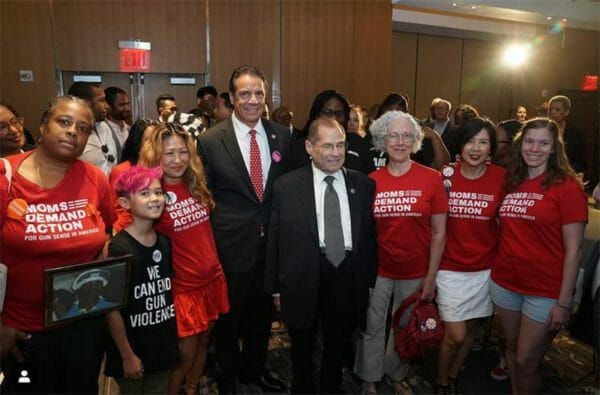 This is why Second Amendment supporters should greet reports that New York governor Andrew Cuomo is a potential contender for the post of Attorney General in a potential Biden Administration with great alarm. When his track record is taken into account, Cuomo isn’t just a foe of our Second Amendment rights, he has clearly shown a pattern of retaliation against those who exercise their First Amendment rights in opposition to his agenda.

It is not just his abusive attacks on the National Rifle Association, although that group is arguably the most prominent victim of his regime’s depredation against dissent from his hard-left agenda. Cuomo’s regime also targeted ExxonMobil over its dissent from his environmental agenda. He lost that round, seeing his legal offensive get dismissed with prejudice in May 2019.

Why does this matter? It’s very simple: You don’t have to like the NRA’s current leadership, nor do you have to be a fan of ExxonMobil to understand that if Cuomo can subject them to expensive litigation with the intent of bankrupting them into compliance with his demands, it can happen to others with far fewer resources than those two major entities. Someone like you.

Don’t just take my word for it, just ask the owner of Lucky, a bar in Manhattan.

The owner had started a petition calling for the loosening of restrictions that Cuomo’s regime imposed. Then the bar got a visit from the state’s liquor authorities, who revoked the bar’s liquor license. Do you really think that the timing of inspection that led to the revocation of that license just happened was a coincidence?

It does not take much imagination to predict how many in the media would react if a Republican governor had done what Andrew Cuomo did to the NRA to Everytown, the Brady Campaign, or some other anti-Second Amendment group. The outrage would be palpable, and we’d see calls for investigations. But Attorney General Cuomo would not only carry out his current targeting, we could very well see it advance against other pro-Second Amendment groups with the blessing of many so-called “watchdogs” in the media.

The fact that Andrew Cuomo is even a candidate to be Attorney General should motivate Second Amendment supporters to work for the defeat of Joe Biden. In addition to volunteering and passing the word to their friends and family, they need to donate to the National Rifle Association’s Political Victory Fund to ensure that plenty of pro-Second Amendment candidates are elected at all levels of government.

Writer Harold Hutchison has more than a dozen years of experience covering military affairs, international events, U.S. politics and Second Amendment issues. Harold was consulting senior editor at Soldier of Fortune magazine and is the author of the novel Strike Group Reagan. He has also written for the Daily Caller, National Review, Patriot Post, Strategypage.com, and other national websites.