ST. GEORGE — Four Southern California men were in for a surprise when they broke into a pharmacy in St. George early Tuesday morning. Instead of leaving with the bounty, they encountered an armed business owner who had been working late. 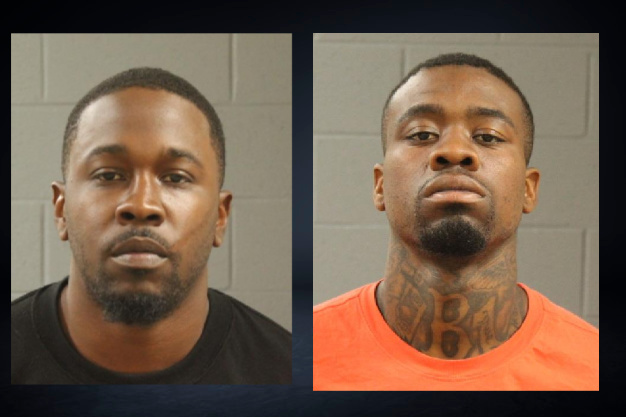 Shortly before 3:30 a.m. officers responded to Siena’s Pharmacy on Dixie Drive on a reported business burglary and arrived to find a heavily damaged entrance door where the metal frame was bent from being pried open. According to documents filed in support of the arrests of the four men, officers spoke to the owner of the business who provided video surveillance footage of the incident as it unfolded minutes earlier.

The footage revealed three males donning dark clothing and masks prying the front door open using two crowbars before entering the pharmacy. Seconds later, the suspects were seen fleeing from the damaged door, followed by Steve Kirkland, the owner of the business.

Kirkland told St. George News he was working inside of the pharmacy when the incident took place. He was in one of the back rooms when he heard a loud “crack” coming from the front of the store, which he initially thought came from a falling shelf or something hitting the floor, he said.

When he stood up to listen more closely, he said he realized it was “somebody messing with my door,” which is when he grabbed his 9 mm handgun and called 911 as he headed for the back door.

“I thought I’d hear glass shatter as I headed for the rear exit,” Kirkland said, “but that never happened.”

Instead, he heard the lock snap inside the front door frame. Just as he turned around, three suspects entered the store, two of whom ran toward the rear of the building into the pharmacy section, he said, while the third ran toward the restrooms on the north side of the business.

Kirkland was standing off to the side when the suspects approached the safe. 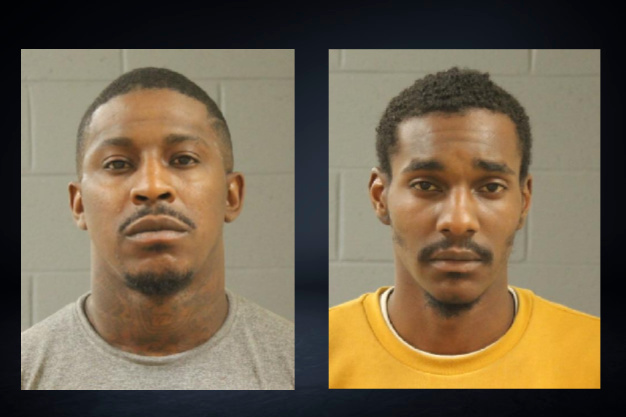 “I stood there, just a few feet away from those guys with the gun pointed directly at them — and they had no idea I was even standing there.”

Just then, the emergency dispatch operator answered the 911 call.

“I knew I had to say something, so I yelled really loud,” he said.

The noise caught the attention of the suspects, “who both turned toward me with such a look of shock and fear it was crazy.”

Both intruders immediately ran toward the front entrance as one of the suspects continued yelling, “He has a gun. He has a gun,” Kirkland said. The third suspect also heard the commotion and ran out of the building with Kirkland behind him.

Once outside, the pharmacy owner attempted to get the license plate number of the black Ford Fusion the men were driving, “but it was so dark over there I could only tell it was an out-of-state plate.”

At this point, he also realized there was a fourth suspect, the driver who was waiting in the car and who sped off “with a couple of the guys still hanging half-way out of the car.”

Upon arrival, authorities sent out an “attempt to locate” notification for the Ford after it fled south on Dixie Drive, while additional officers were called in and began scouring the area in search of the car.

Detectives also responded to the pharmacy, where they found a shoe tread impression inside the business that was consistent with a Nike Jordan, as well as red and blue transfer paint located on the inside of the entrance door locking mechanism, indicating that two crowbars were likely used during the incident, Kirkland said.

Washington City Police Chief Jason Williams told St. George News that while this was going on, officers in Washington City heard the broadcast and proceeded to check on a number of pharmacies scattered throughout the city “as a precaution in case the suspects decided to hit another one after the failed attempt in St. George.”

Within minutes, an officer staged near Stucki Family Pharmacy on Telegraph saw a black Ford that matched the description put out by dispatch approaching the parking lot and pulled the vehicle over across from the pharmacy. As the officer approached, Williams said, he noticed there were four men inside, consistent with the information relayed to police, and at that point additional officers were called in to assist. (See Ed. note)

Stucki Pharmacy is one of the businesses hit three times during a string of pharmacy burglaries reported throughout Washington and Iron counties in 2017, Williams added. While speaking with the driver, the officer detected the odor of marijuana and then noticed two crow bars inside of the car, one red and one blue, which is when officers conducted a search of the vehicle.

In addition to the two crowbars spotted initially, officers also found a set of bolt cutters, a sledgehammer and a yellow crowbar, as well as clothing that matched the items seen in the video footage, including dark jackets, face masks and gloves. They also found a pair of Nike Jordan shoes with a tread pattern that was consistent with the shoe impression found by detectives at the scene in St. George.

The four suspects from Southern California – Donovan Moore, 32, of Compton, and  30-year-old Randy Johnson, 26-year-old Dequan Hamilton and 23-year-old John Davis, all from Anaheim – were arrested and transported to Purgatory Correctional Facility.

Each man faces multiple charges, including one third-degree felony count each of burglary and criminal mischief, as well as three misdemeanor offenses: one count of possession of burglary tools and possession of marijuana and paraphernalia.

Hamilton also faces a second misdemeanor count of possession of a controlled substance after jail staff allegedly found a package containing a white substance on his person during the booking process, which the suspect said was cocaine, the report states.

The entrance door to Sienna’s Pharmacy was heavily damaged, and repairs costs were estimated to be between $1,500-$2,000, but the losses suffered during the rash of burglaries in 2017 was greater, Kirkland said, after his store was one of the first hit during the spree that year.

Ed. note: This story has been updated to include video. Also, an earlier version of the story cited Williams as saying the vehicle pulled into the parking lot of Stucki Pharmacy.

Cody Blowers was raised in South San Francisco, California. A 2013 graduate of Colorado Technical University, Cody earned her bachelor’s degree in criminal justice with a minor in paralegal studies. Through the course of her academic studies she discovered that writing is her true passion, and she is committed to providing credible, integrated news coverage. Cody joined St. George News in 2015, and when she’s not busy chasing the news, she can generally be found chasing her young granddaughter, Kali.