Moms Demand Action founder Shannon Watts responded to President Trump’s Syria policy by claiming it is easier to purchase a semiautomatic rifle than it is to purchase Sudafed. 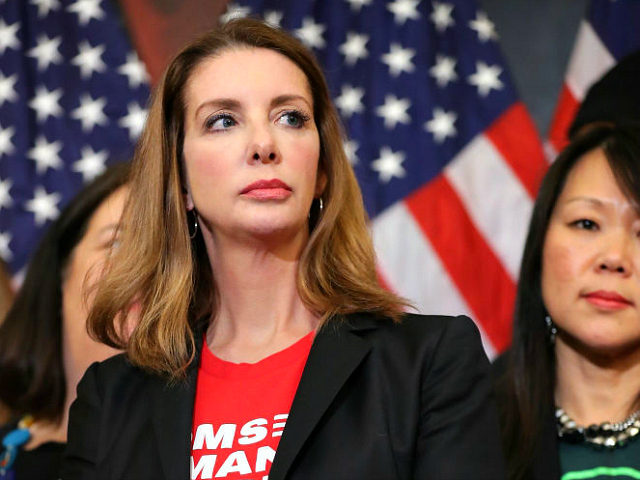 Watts did not mention that the FDA allows Sudafed to be purchased at retail by simply showing one’s driver’s license. There is no waiting period or National Instant Criminal Background Check System (NICS) check. However, a NICS check must be performed on each individual seeking to buy a semiautomatic rifle at retail and, in some states, that check must be preceded by securing a gun owners’ license or a certificate of gun safety.

Moreover, some states also have waiting periods in place for the purchase of firearms at retail and in some states, such as Washington, an enhanced background check for AR-15 purchases entails an extended waiting period.

This seems like a good time to remind everyone that in America it’s easier to buy a semiautomatic rifle than it is to buy Sudafed. https://t.co/qggVzwzfie

Five days after the February 14, 2018, Parkland high school shooting, CBS News claimed it was easier to buy an “assault rifle” than anti-diarrhea medicine.

AWR Hawkins is an award-winning Second Amendment columnist for Breitbart News and the writer/curator of Down Range with AWR Hawkins, a weekly newsletter focused on all things Second Amendment, also for Breitbart News. He is the political analyst for Armed American Radio. Follow him on Twitter: @AWRHawkins or on Instagram @awr_hawkins. Reach him directly at awrhawkins@breitbart.com. Sign up to get Down Range at breitbart.com/downrange.