Prosecutor Thomas Binger apparently placed his finger on the trigger of an AR-15 as he pointed the gun at the jury during the Kyle Rittenhouse trial.

Siraj Hashmi tweeted a photo that appears to show Binger’s finger on the trigger: 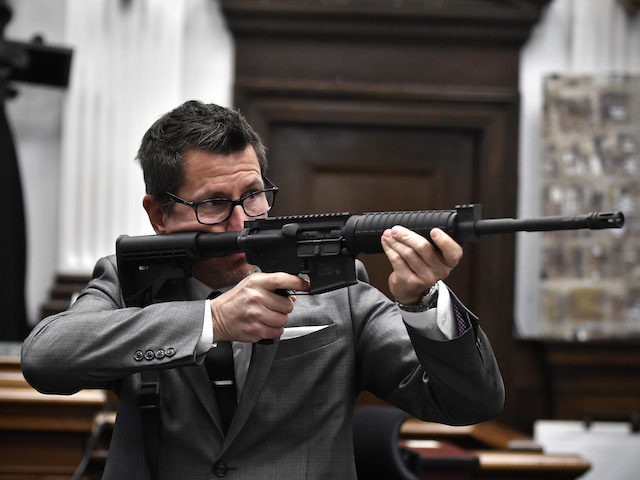 Townhall editor Spencer Brown reacted to the photo allegedly showing Binger’s finger on the trigger by asking, “Did Alec Baldwin teach the Rittenhouse prosecutor how to handle firearms?”

On October 23, 2021, Breitbart News noted that Hollywood weapons expert Bryan Carpenter stated that Alec Baldwin ignored the number one rule of gun safety in his on-set firearm mishap. The New York Post quoted Carpenter stressing that the number one rule is, “Loaded or unloaded, a weapon never gets pointed at another human being.”

An additional overarching gun safety rule is that individuals are to treat every gun as if it is loaded. This rule goes hand-in-hand with the one Carpenter focused on and also negates pointing a gun at anyone, as the firearm is always presumed loaded.