PHILADELPHIA (WPVI) -- A would-be robber is dead after police say he was shot by a victim he was trying to rob on Sunday night.

It happened around 8:30 p.m. near 60th and Girard Avenue in West Philadelphia.

Police say the suspect, roughly 25 to 30 years old, was attempting to rob a man who was sitting on the front steps of his home at gunpoint.

The resident had a license to carry and opened fire on the would-be robber. Police said the victim fired the shots in self-defense. 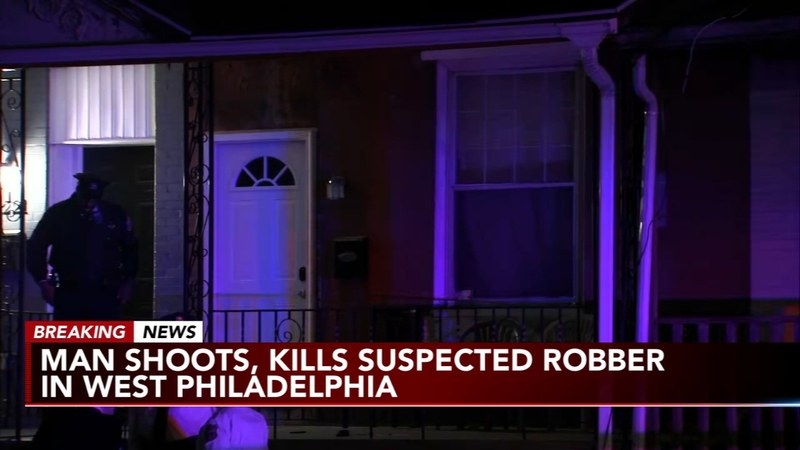 The suspect then ran to the 1200 block of N. 60th Street where he collapsed onto a porch.

"My girlfriend was like- 'well is he breathing?'- I'm like, 'I'm not sure, and I called the cops'," explained Sharron Christi of West Philadelphia.

The injured man was taken to Penn Presbyterian Hospital where he was pronounced dead.

No other injuries were reported.

"The male kept pointing a gun. One of the times he went to point a gun the complainant discharged his weapon," said Philadelphia Police Captain Thomas Davidson. "He said he discharged it twice and that would be consistent with two shell casings."

Police said it is unclear if the two men knew each other.

Police said it is unclear at this time if there was another suspect present who might have fled.