Title: A Concurrent Resolution calling for an amendment to the Constitution of the United States via a Convention of the States, pursuant to Article V of ...

Description: A Concurrent Resolution calling for an amendment to the Constitution of the United States via a Convention of the States, pursuant to Article V of ...

NORTH PHILADELPHIA (KYW Newsradio) — Pennsylvania Attorney General Josh Shapiro has a powerful message for straw purchasers: Buying a gun for someone else who legally cannot could cost you a life. 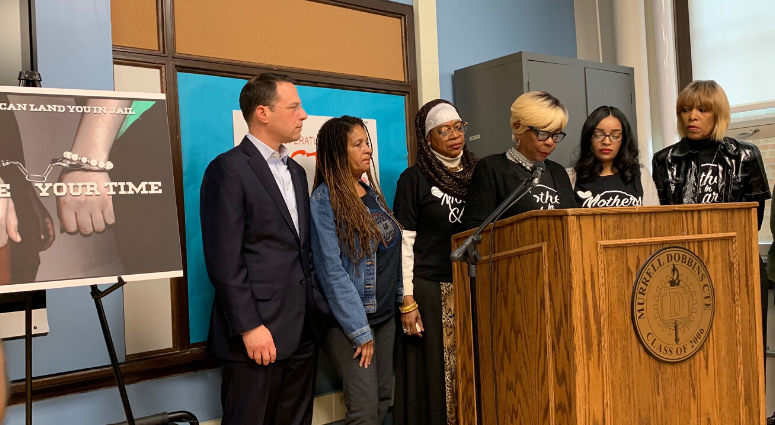 Shapiro kicked off his anti-gun violence campaign at Dobbins Career and Technical Education High School on Lehigh Avenue Tuesday. He joined the Mothers in Charge group for the launch of an initiative by Operation LIPSTICK — Ladies Involved in Putting a Stop to Inner-City Killing — which aims to combat rising gun straw purchases.

According to the Attorney General and Philadelphia District Attorney’s offices, about 25 straw purchasing cases are opened each month.

Shapiro said young women are especially vulnerable, whether to abusive boyfriends or their friends who force them to buy guns that they can't legally purchase themselves.

“They're in a situation where there's a power differential, and oftentimes they don't know how to get out of that,” he added.

Shapiro wants to curb straw purchases of firearms, which often end up in the wrong hands.

“Straw purchasing is serious stuff and it leads to crime — guns getting on the streets and getting in the hands of criminals. And we know that if we can come here and empower students, particularly young women, we can stop some of those guns from getting into the hands of the people who shouldn't have them,” he explained.

Shapiro announced in July that his department granted Operation LIPSTICK $123,000 to implement these outreach initiatives and educate young women about the dangers of straw purchases.

“It's a felony,” he continued, “and it can land you behind bars for many years. My goal today is not to put these young women behind bars, but instead to empower them so that they break out of this cycle.”

Shapiro hopes to broaden the outreach of the program to other schools in the state.