U.S.A. -(AmmoLand.com)- Despite the fact that revolvers are among the most recommended carry guns for new and female shooters, they aren’t all great choices. 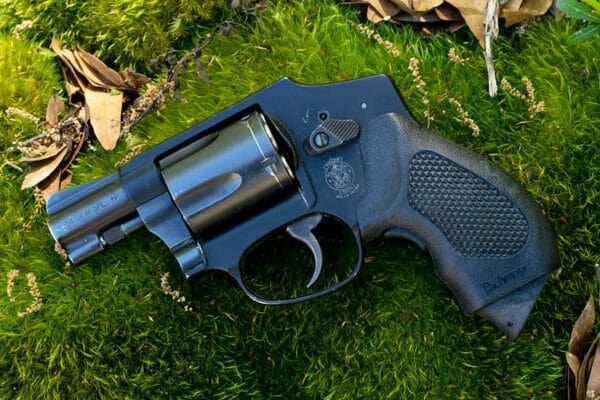 Don’t misunderstand me, I’ve owned and carried revolvers for years. While six-shooters absolutely have their place in a shooter’s arsenal, they’ve often employed wrong. This isn’t to say that they’re a bad choice when shoe-horned into roles they weren’t built for, but more so that a combination of factors have caused some of their most shining moments to eclipse. Paramount among these is the .38 special snub-nosed revolver. Compact, reliable and fool-proof, the .38 wheel-gun should be the perfect concealed carry option for new shooters – but it's not.

Here are four reasons why it's not.

You're Not a Good Enough Shot.

RIP my inbox – but hear me out before you glass me from orbit. A snub-nosed, double-action-only revolver in any caliber is a very difficult firearm to shoot both accurately and quickly. In fact, I would argue it is among the most difficult. The combination of minimalistic carry sights and ultra-short sight radius stack the odds against the shooter purely from a usability perspective. After all, how is a shooter supposed to successfully hit a target if the sights preclude both accurate and fast target acquisition?

Think about that for a moment. Most modern firearms have sights designed for either speed or precision and sometimes even both. But have you ever heard of a pistol with sights that are both slow to align and too large to place shots accurately? If you own a two-inch barrel revolver you have. My point is that it takes a ton of dedicated practice to even be on par with a  casual shooter armed with a quality auto-loader equipped with modern sights. And this problem only gets worse for shooters with bad eyesight or in dim lighting conditions.  You know, exactly the sort of conditions someone might need to use a concealed carry weapon. For these reasons, I only recommend double action only, snub-nosed revolvers for experienced shooters. 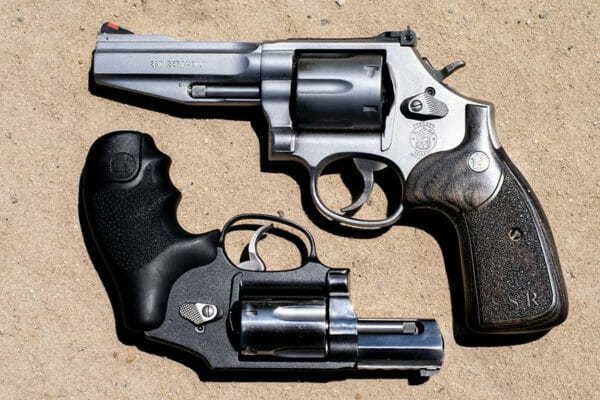 While a bit over-the-top, the statement holds true. The terminal ballistics of a standard SAAMI spec .38 special round fired from a short barrel are terrible. That said, newer .38s chambered for +P rounds help mitigate this, but in my opinion, for any serious use, a revolver should be chambered in .357 Magnum and have at a minimum, a three-inch barrel.

Why? Because out of a super-short barrel, a 38 special has similar or worse penetration than a 9mm round. And given the seemingly endless number of new subcompact 9mm handguns hitting the market every year, there's not a huge reason to opt for a .38 over one. Yes, some shooters struggle to rack an auto-loaders slide. But buying a locked-breech pistol and giving proper instruction makes this feasible for anyone who isn't struggling with a disability. 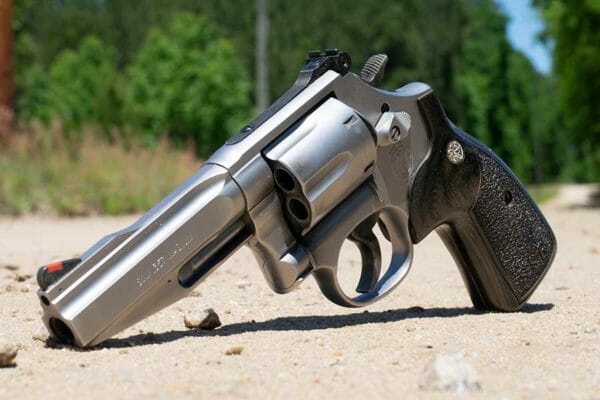 With the wrong ammo, snub-nosed 38 special revolvers can kick harder than this SW 686 SSR .357 Magnum!

One of the most common comments I've heard when I've let new shooters fire my S&W 442, is on how much recoil the thing has. Especially from folks who've shot bigger .38 special revolvers or level-action rifles in the past. They expect the same mild recoil of an old S&W Model 10 out of the alloy-framed 442. Instead, they're met with a disproportionate muzzle blast and sharp recoil impulse. And before the comments section fills up with such brilliant recommendations as, “You're a wimp!” or “Hit the gym!” It's not about whether I can handle the recoil. It's about whether the average shooter can. And in my experience, most cannot.

Not 1980's B-movie amounts of silly recoil where the gun seems to be firing SCUD missiles, but enough that most shooters will want to stop a practice session after firing through two cylinders worth of ammunition. This makes the pistol, in general, a tough sell for new shooters. Especially given the aforementioned short sight radius. In a nutshell, punishing recoil combined with difficult sights makes successfully grouping rounds on paper very tough. This will very likely discourage new shooters from practicing and honing their marksmanship skills. 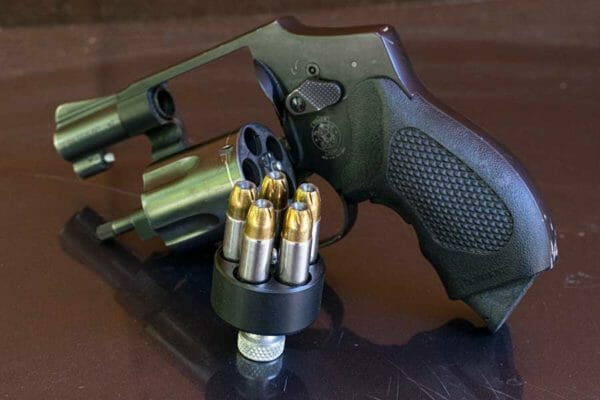 Reloading a revolver under stress is very tough. Utilize speed-loaders filled with quality ammo to get the most out of your wheel gun.

The comment section is going to be flooded with readers talking about how fast they can reload their favorite wheel gun. But the fact of the matter is that given equal amounts of practice, a magazine-fed firearm is vastly faster to reload than a revolver. Yes, there are ways to partially mitigate this. Speedloaders, speed strips, and moon clips do a great job of speeding up the process. But they're just addressing the symptom and not the cause.

But I'm not blind to the benefits of a revolver. Assuming the wheel gun of choice is chambered in something really potent like .44 Magnum or .357 Magnum, the slow reloads are acceptable. After all, each pull of the trigger is delivering an insane amount of energy. But on a snubnosed .38 special, shooters are slowing themselves down needlessly. OK, you might be thinking, the reloads are slow, but they're not difficult! You simply remove the spent rounds and replace them with fresh ones.

True. In essence, reloading a revolver is a simple affair. But it's a combination of what's involved and the circumstances under which a shooter would do so that makes them difficult. Let me explain. When humans (or really any animal) are frightened or confronted with a major threat, our bodies dump adrenaline into our bloodstream. This increases our strength, speed, and stamina. But like anything, there's no free lunch. This increase in physical capabilities comes at a cost – reduced fine motor skills.

This is a huge component of why it's important to train extensively both for soldiers entering combat, and civilian shooters for a potential armed confrontation. Under stress, it's difficult to do intricate tasks. It's why defensive instructions tell shooters not to use the slide release, but to charge the slide with their whole hand.

Worst case scenario, reloading without a speed loader is akin to playing a life-or-death version of Operation with advanced Parkinson's Disease; your hands will tremble uncontrollably while you fumble to load slippery cartridges into a free-spinning cylinder – and if you fail you might die.

Am I being dramatic? Sure.

There is no such thing as a hand-held, 100% reliable fight-stopping weapon. Terminal ballistics are a crazy thing. As a defensive shooter, part of our jobs is to help shift the odds in our favor. This is why many instructors have a minimum caliber recommendation. But equally as important as ballistic potency, is shot placement. A .25 ACP round to the eye is more effective than a .44 Magnum to the small finger. But all things equal, bigger is better. More powerful is more reliable at incapacitating an attacker, and expanding ammunition is crucial to maximizing a round's potential.

Why add this to the article? Because I carry a Smith & Wesson 442 in .38 special from time to time. But I'm realistic about both my, and its capabilities. And that should be the takeaway from this article. There are a ton of reasons to carry something better, but even so, a .38 snub nose is a dangerously effective tool when employed correctly. Personally, I think that it is recommended to new shooters far too often for reasons that can be easily overcome with rudimentary training and familiarization.

That said, I would take a .38 snub over any rimfire weapon for self or home defense any day of the week. Think of the .38 snub as a small tack hammer. If you need to build a treehouse, there are better options. But that doesn't mean the little guy can't get the job done.

Jim is a freelance writer, editor, and videographer for dozens of publications who loves anything and everything guns. While partial to modern military firearms and their civilian counterparts, he holds a special place in his heart for the greatest battle implement ever devised and other WW2 rifles. When he’s not reviewing guns or shooting for fun and competition, Jim can be found hiking and hunting with his wife Kimberly, and their dog Peanut in the South Carolina low country.