Colorado Self-Defense: If I didn't have a firearm, I wouldn't be here to talk to you: Realtor describes attack at open house :: 08/07/2019

'If I didn't have a firearm, I wouldn't be here to talk to you': Realtor describes attack at open house

Realtor Dawna Hetzler has a concealed carry permit, and said she was attacked by a man wielding a knife and bear spray during an open house.

COMMERCE CITY, Colo. — What happened Sunday morning was a moment Dawna Hetzler said she had trained for, but never believed would actually happen.

“I like to believe the best in people,” the longtime realtor said three days after calling Commerce City Police to report she was threatened at knifepoint by a man during an open house.

Hetzler, who said she has a concealed carry permit, fired gunshots in his direction, scaring him away.

“My life was in danger, and if I did not have my firearm, I would not be here to talk to you,” Hetzler said.

According to the Commerce City Police Department, the incident happened in broad daylight – at 11:30 a.m. Sunday – in a home near East 104th Avenue and Chambers Road.

Hetzler said the man, who police later identified as Ernest Robert Chrisman, 43, arrived shortly after she started setting up for the open house. At the time, she said she thought nothing of it.

“He asked the right questions,” Hetzler said. “We talked about loans, what he had to qualify for.”

She said he picked up a brochure for the property and asked to see the upstairs. While they were in the master bedroom, Hetzler said he took a knife out as well as a small, six-inch piece of rope that apparently had bear spray tethered to it.

This was when Hetzler said she began to fear for her life. She said she drew her gun, and the man responded by dousing her with bear spray.

After Chrisman ran away, Hetzler said she went downstairs and tried to find her phone, her vision obscured by bear spray. She called 911 and was later taken to the hospital. Days later, Hetzler said the residue from the bear spray still burns.

“Our men and women in blue helped me tremendously that day, and I am so grateful for their service,” Hetzler said.

She said she shared her story with the media on Wednesday morning in hopes that it will help police find the man who attacked her. 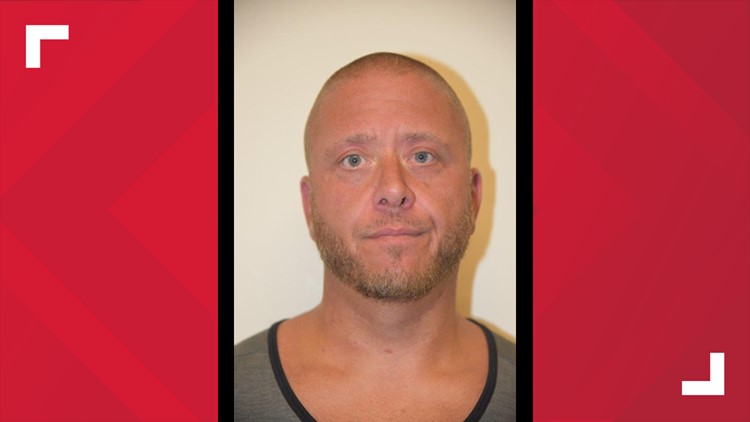 A published author and blogger, Hetzler said her other goal is for her story to inspire women.

“It’s still very surreal,” Hetzler said. “You train for something like that but you pray you never have to do it.”