Title: In firearms and other dangerous articles, providing for sale of certain toy guns and imitation firearms prohibited.

Description: In firearms and other dangerous articles, providing for sale of certain toy guns and imitation firearms prohibited. ...

A U.S. Air Force veteran working as a clerk in a northern California market shot and killed a robbery suspect Sunday after the perp clocked him in the head with his gun, according to reports. 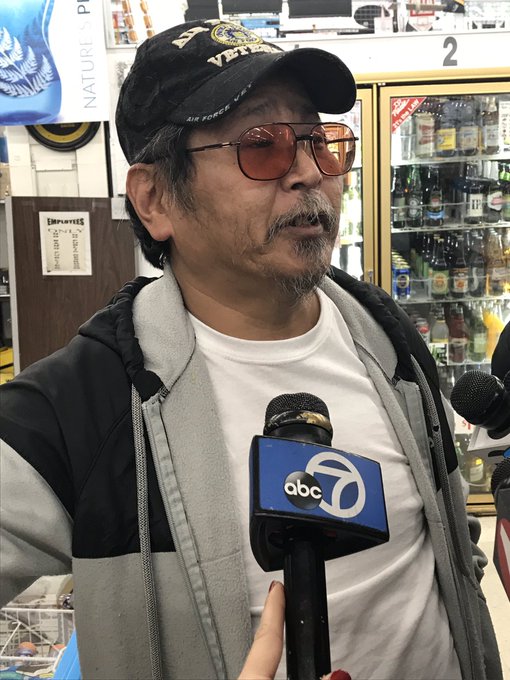 Surveillance video captured the moment two armed, masked robbery suspects stormed Kam's Market in Bay Point, Calif., located in the San Francisco Bay area around 11 p.m. The footage shows one suspect approach Mark Kasbrowicz behind the register and hit him in the head with his gun, knocking him to the ground. As the suspect loaded cash into his bag, Kasbrowicz managed to get up and grab the store’s gun out of a drawer.

“I don't know if it was fear and adrenaline kicked in together, but I tried to protect myself a little. He forced me onto the ground, he held me down," Kasbrowicz told San Francisco's KGO-TV. He said his co-worker was being held at gunpoint by the second suspect off-camera during the struggle.

The situation escalated when the masked man noticed Kasbrowicz was armed. He began to beat Kasbrowicz until one of the guns went off, causing him to flee the store. That’s when Kasbrowicz fired at him.

"I just looked around, and he was running, and just by instinct, I let go a shot," Kasprowicz told San Francisco Bay Area’s KNTV."I managed to squeeze off one round, and apparently after the fact I found out that I actually hit him."

The suspect who attacked Kasbrowicz collapsed in the parking lot and died from the gunshot wound, reports said. The second suspect managed to run out of the store and escape. Kasbrowicz received 17 staples in the head after the incident. Contra Costa County Sheriff's Office said Kasprowicz acted in self-defense and is continuing to search for the second man who fled the scene.

“Sure he is deceased now but then again I'm lucky to be alive, I am lucky my co-worker is alive,” Kasbrowicz said of the man he killed. "I was certainly in shock when I saw the video. I didn't know how serious it was until I actually saw it."

Kasprowicz spent two decades in private security after he served in the Air Force.