Title: In minors, providing for the offense of access to firearms by minors; and imposing penalties.

Description: In minors, providing for the offense of access to firearms by minors; and imposing penalties. ...

Judge Merrick Garland, who’s been tapped by Joe Biden to be the next Attorney General, told a Senate confirmation panel on Monday that there’s “room” for Biden’s anti-gun policies to be enacted into law, and if confirmed he’ll work with the administration to carry out its gun control agenda. 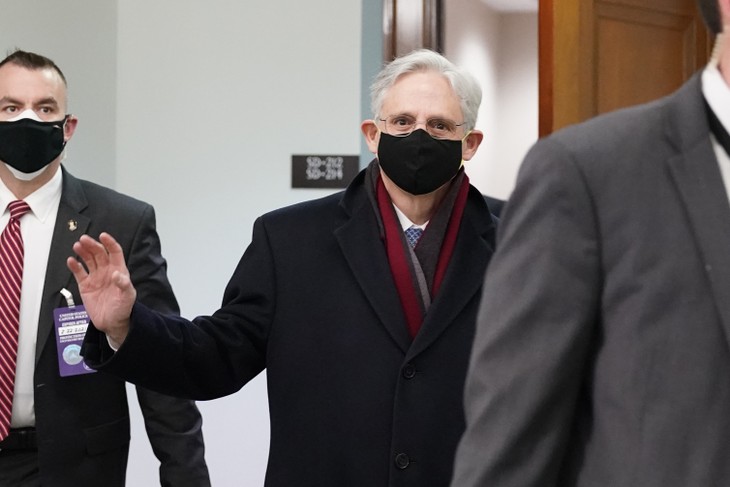 Garland was asked by Sen. Mike Lee of Utah about Biden’s plan to ban AR-15s and other commonly-owned modern sporting rifles and whether he thought such a ban would be legal. While Garland avoided a straight answer, he made it clear that he’ll be a rubber stamp for whatever policies Biden pursues.

“As I’m sure you know, the president is a strong supporter of gun control and has been an advocate all of his life, professional life, on this question. The role of the Justice Department is to advance the policy program of the administration as long as it is consistent with the law,” Garland told the Senate Judiciary Committee.

“And as I said, so far we have a little indication from the Supreme Court as to what this means. But we don’t have a complete indication. And where there is room under the law for the president’s policies to be pursued, then I think the president is entitled to pursue them.”

Garland was also quizzed during his confirmation hearing about his role in the Heller case that successfully challenged Washington, D.C.’s ban on handguns. Garland, in his role as a judge on the D.C. Circuit Court of Appeals, would have kept the case away from the Supreme Court by granting further review in an en banc hearing of the entire appellate court, but during today’s testimony argued that his opinion didn’t mean that he rejected the merits of the case.

“The panel decision was the first time I think ever that a court of appeals had held the individual right to keep and bear arms, which you are exactly right, the Supreme Court did uphold in the end. Every court of appeals had decided to the contrary, and the issue was plainly one that would require looking at a deep historical record as to the meaning of the Second Amendment and the way that had been applied,” Garland told Lee.

“I thought this was an extremely important issue, important enough since it was the very first time that we should hear it en banc. I was not the only judge, and other judges including a judge appointed by the by a president of a different party also voted and for the same reason.”

Garland was also asked whether or not the right to bear arms includes the right to carry a gun for self-defense outside the home, and claimed that he wasn’t sure if the Constitution protected such a right. That’s somewhat odd, given that the D.C. Circuit Court of Appeals has weighed in on the issue. Back in 2017, the appellate court struck down D.C.’s “may issue” system for concealed carry licenses, ruling that not only does the right of armed self-defense extend outside of the home, but that the District’s “good cause” requirement violated the Second Amendment rights of applicants by not recognizing self-defense as a valid reason to obtain a carry license.

Garland wasn’t directly involved in the case, but he was the chief justice of the D.C. Circuit Court of Appeals at the time of the decision, and one would expect that he would have taken at least a passing interest in the case and the opinion of the court.

Of course, Garland’s role in his Senate confirmation hearings is to avoid saying something that would make him unconfirmable, not to level with senators about where he stands on the right to keep and bear arms. The fact that Joe Biden wants to put him in charge of running point on his gun control plans at the Justice Department is all the evidence of Garland’s attitude towards the Second Amendment that many gun owners will need, but sadly, it’s not going to be enough to block his appointment. I suspect that when the votes are cast, Garland will be confirmed as Attorney General and will be in a position to start advancing Biden’s anti-gun agenda through the DOJ and the ATF.