This is a story about two Philadelphia district attorneys, past and present, and how they teamed up to unleash a crime wave upon the city, and cost taxpayers millions of dollars. 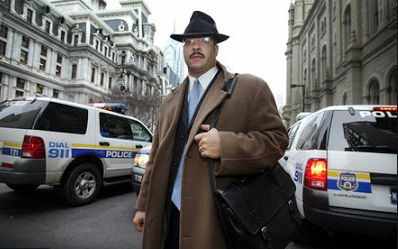 A few years ago, when Rufus Seth Williams was D.A., he joined forces with Larry Krasner, then a cop-suing defense lawyer, to spring more than 1,100 convicted drug dealers out of jail. The vast majority of these dealers had already pleaded guilty after being caught with large quantities of drugs, cash and even guns. But thanks to Williams and Krasner, those lucky drug dealers not only got out of jail free, they also got their money back and their convictions expunged, and then, records show, hundreds of them went out to commit even more crimes!

But 300 of those newly emancipated drug dealers had a bigger aspiration; they wanted to hit the lottery. Led by lead plaintiff's attorney, Larry Krasner, the drug dealers filed 300 civil rights cases against the city of Philadelphia and the former narcotics cops who had arrested them. To defend itself, the city had to hire eleven lawyers from three law firms, who have been representing the cops and the city for THE PAST FIVE YEARS, costing taxpayers untold millions in legal fees. 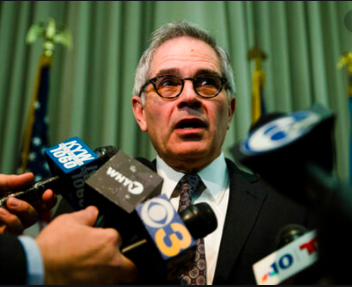 But in the courtroom of U.S. District Court Judge Paul S. Diamond, where the first of a dozen bellwether cases for the 300 civil rights cases is being litigated, there's been an amazing turnaround.

The two law firms hired by the city to defend the civil rights cases are contending that the first bellwether case should be dismissed outright, because all the evidence shows that the former narcotics cops targeted by defense attorney Krasner, former District Attorney Williams, as well as the U.S. Attorney's Office and the FBI, for that matter, did nothing illegal.

And to prove it, the city's hired legal guns point to the deposition they took back in February, when they questioned former D.A. Williams at the Federal Correctional Institution in Morgantown, West Virginia. Williams, now wearing a jump suit and doing five years for political corruption, has become the city's star witness against the former drug dealers.

It was Williams who started this whole mess. Back on Dec. 3, 2012, our grandstanding D.A. wrote a two-paragraph letter to then Police Commissioner Charles Ramsey:

"I am writing to inform you that in an exercise of prosecutorial discretion, the Philadelphia District Attorney's Office will no longer be using the following officers as witnesses in narcotics cases," the district attorney wrote. Then, Williams proceeded to list the names of Police Officers Thomas Liciardello, Brian Reynolds, John Speiser, Michael Spicer and Perry Betts, as well as their supervisor, Lt. Robert Otto.

Two days after Williams sent the letter to Ramsey, the D.A.'s office leaked it to Fox 29. The double whammy effectively put out of business "the most accomplished and effective narcotics unit in the history of the Philadelphia Police Department," according to  a lawyer who formerly represented the five narcotics officers and their supervisor.

In a subsequent 26-count RICO indictment, the U.S. Attorney's office charged six former members of the Narcotics Field Unit with routinely robbing and beating the drug dealers they had arrested. In the indictment, the feds charged that the narcs stole at least $500,000 from the drug dealers in cash and drugs, and that the cops tried to cover their tracks by falsifying police reports.

But the feds had as their star witness Jeffrey Walker, a disgraced former member of the same narcotics unit who became a cooperator after he was caught red-handed stealing $15,000 in a sting operation. The rest of the government's stable of witnesses included 19 former drug dealers who told similar, over-rehearsed anecdotes down to the same catch phrases. But, as the jury quickly figured out, the feds had no sting video, financial records, or any other evidence to back up the tall tales told by their stable of suspect witnesses.

The result in court was a total disaster for the government. On May 14, 2015, after a trial that lasted nearly six weeks, a federal jury unanimously acquitted all six officers on all 47 charges. It was a complete repudiation of the government's racketeering case. The jury foreman told me the case was so easy to decide, because of a complete lack of corroborating evidence, that they could have been done deliberating in ten minutes.

On July 10, 2015, an arbitrator ruled that all six officers should get their jobs back, plus a year's worth of back pay. [One of the officers, Perry Betts, was subsequently dismissed after he failed a drug test.]

On Feb. 20th, in the case of McIntyre v. Liciardello, et al., Williams was deposed behind bars. The chief topic of the deposition -- what evidence, if any, did Williams have against the narcotics officers and their supervisor before he wrote the 2012 letter to the police commissioner that ended the careers of the narcs.

Williams had no trouble recounting the allegations he had heard about the narcs.

"This one guy says that the police officer dangled him over a balcony or something like that," Williams testified. "I didn't know anything about that type of stuff."

He also testified that even after the officers were acquitted, Williams wasn't changing his mind about them.

"Later, when they were acquitted, I made a decision that despite their acquittal, we weren't going to use them as witnesses," Williams said. "So I mean I guess you could say that's a new policy."

He explained his philosophy thusly:

"Everything in government is a big cover your ass, so I'm writing a memo to my boss, giving it to them and let them do what they've got to do with it," he said. "If they don't do anything, that's on them."

He was asked if he ever considered "what the cost would be to the city when all of those individuals were released and then turned around and sued the city."

Nothing like hearing a sermon about "the right thing to do" from a guy wearing a jump suit in a federal prison, a guy who had to admit at his federal corruption trial that he took bribes and stole money from his own mother.

Finally, the lawyers deposing Williams got down to hard facts. Was a case by case review done by the D.A.'s office before all these cases were dismissed to see if those drug dealers were really not guilty of what they had been accused of?

"I'm not sure if it was done," Williams said. He was more comfortable talking about the allegations.

A lawyer defending the city asked Williams if he had any firsthand knowledge or recollection" of the narcotics officers "engaging in inappropriate or illegal activities?"

He was asked if he had any knowledge about any of the narcotics officers planting evidence on any of the drug dealers, as had been alleged.

So the lawyers defending the city promptly went out in April and deposed McCann. They asked him if he had "any Brady material," referring to Brady v. Maryland, the landmark 1963 U.S. Supreme Court case that said that any evidence that could potentially benefit a defendant [as in any evidence of misconduct by the narcs who arrested the drug dealers] should be turned over to the defense lawyers for the drug dealers.

"I don't believe we did have any, that's my recollection anyway," McCann said. "There wasn't any Brady material."

Then, like his boss, Williams, McCann revealed that he was more of a politician than a lawyer or a prosecutor.

"But our main concern was -- and the district attorney and I discussed this many times -- is that we didn't want another narcotics scandal on our watch," McCann testified. "Because we had been through three or four of them. And for once, were going to get out ahead of one."

But when it came down to getting the facts, to determine whether the cops were actually guilty of any misconduct, or any actual crime, well, McCann the politician was more concerned about getting out ahead of a potential scandal.

Rather than figuring out whether there really was any hard evidence against the officers.

Were the drug dealer cases reviewed on a case by case basis before they were dismissed en masse, he was asked.

Would you have been involved in that decision, he was asked.

It turns out what McCann really got pissed about was rumors that the narcotics officers were striking "side deals" with drug dealers. Trying to get them to cooperate to find out who their suppliers were.

And McCann thought that some of those side deals involved narcotics officers not showing up for scheduled court appearances to testify against the drug dealers they had arrested, to help induce them into cooperating.

But of course he had no proof.

In the end, the lawyers for the city argued in their motion for summary judgment that the "now very public but wholly unsubstantiated" accusations against the drug dealers have at this point been thoroughly investigated by the Philadelphia police department, the FBI and a federal jury.

And the result was: "no record or evidence of any actual wrongdoing."

"When they were deposed for this case, neither Seth Williams nor Edward McCann . . . could articulate any specific reasons for the letter [from Williams to Ramsey] or provide any materials or documents evidencing why it was sent," the lawyers wrote.

What a couple of clowns, right?

And what happened to all those emancipated drug dealers?

When the number of freed drug dealers was only 852, I wrote a story about them for Newsweek in 2017. Many of the records of the emancipated drug dealers had already been expunged from the system. But I was able to check on the records of some 400 of these former felons, and found that more than 200 of them had gone on to commit more crimes that included rape, robbery, burglary, aggravated assault, aggravated assault with a gun, attempted murder and murder.

When the civil rights cases from the drug dealers first hit the courts, Judge Diamond chose a dozen cases to be "bellwether cases." These were tests cases intended to try a widely contested issue, such as whether a bunch of drug dealers had valid civil rights claims against the city because of alleged police misconduct.

The lead bellwether case was McIntyre v. Liciardello, where plaintiff James McIntyre was suing the city for violating his civi; rights. The plaintiff claimed that the day he got raided, the cops had no probable cause to believe any illegal conduct was going on, and that they entered the premises without a search warrant.

Krasner was listed on the court docket as the lawyer who represents McIntyre. On Feb. 7th, Judge Diamond appointed three lawyers to represent the interests of the plaintiffs in the first 75 cases of the total of 300 to be settled, with those lawyers "to be selected by the firm of Krasner & Young."

Two years ago, in a blog post about the lack of evidence against the narcs, I wrote the following words about former D.A. Williams' 2012 letter to the police commissioner, and the damage it had caused:

If there was any justice in the Philadelphia court system, Rufus Seth Williams and Ed McCann would be hauled  under subpoenas into federal court tomorrow at 9 a.m., sworn in as witnesses, and forced to testify about why they did what they did.

Thanks to Judge Diamond, it actually happened. And now we know there was no justification of any kind for what Williams and McCann did.

Sadly in federal court, as far as the taxpayers are concerned, the meter is still running.