We don't go out of our way to endorse commercial transactions, but we think Emily Millers new book, Emily Gets Her Gun... is worth a read. 17 steps for this D.C. resident, and 400+ dollars in fees later, she has a gun. You'll learn how a spent shotgun case can land you with a fine and a year in jail in D.C. The book is out, and this link is dated back into June, but click on the hyperlink and you'll see who she is. Buy the book. http://www.washingtontimes.com/news/2013/jun/21/gun-owners-america-unite-emily-miller-seeking-phot/

Absolutely no comment needed or offered by us. Watch, enjoy, rejoice, http://www.westernjournalism.com/watch-anti-gun-rally-quickly-turn-pro-gun-rally-ohio/

Good grief, already the Chicago Chief of Police is exhibiting disturbing behavior that we spoke about last night in Waynesburg. We think his comments are despicable, and if Rahm Emanuel wasn't the mayor of the Windy City, this character would be pounding the streets looking to find his life's work.

At least one pro gun source certainly thinks the BATFE used the Sandy Hook massacre as a convenient media event. What do you think?

'Save the gun' law bars North Carolina cops from destroying guns By Matt Pearce 7:00 AM PDT, September 2, 2013 You know those gun-buyback programs where police purchase weapons in order to destroy them? This week, a North Carolina law goes into effect that blocks police from destroying confiscated or unclaimed firearms.

Cops don't recommend you defend yourself? Ask two Virginia hoodlums, and they might agree! :: 09/01/2013

The photo's of the would be bad guys, one armed with a gun are priceless. Enjoy one of those stories with a happy ending.

The video is 1:31 long. Its going to take you much longer to wrap your arms around the concept that ignorance is good, fear is better, and knowledge is very, very, bad. We're still in shock, and still mindful of the evil forces who would rip the Bill of Rights out of the history books.

Click on the hyperlink for details. And the guys in Texas only work part time! Its time for the Republican Governor, House, and Senate here in the Keystone State to get their collective act together.

You just have to listen to this phone call to a radio talk show. Gun safety? Apparently daffy Bloomberg wouldn't know it if it bit him in his arse.

The President of the United States holds a high office, and takes an oath before We the People and God Almighty to preserve, defend, and protect the Constitution "...to the best of my ability..." We guess he's pretty much NOT able to get his arms around the idea that this is a Republic, not a dictatorship. Again, he has decided to fly in the face of Congress, and rule by fiat. Didn't we pretty much kick Mad King George's butt in order to establish a Republic? Who is this man, who derives his power from us, not vice versa, to ignore his oath of office?

This video from 60 minutes dates back to 2007, but its important to watch it, and share with our brothers and sisters at JPFO the refrain--"Never Again" It's 15 minutes that should make you think back to the 1940's. What does Freedom mean to you?

Last Friday, Christopher Lane, a 22-year-old Australian here on a baseball scholarship, was shot and killed while jogging in Duncan, Okla., population 23,000. He died where he fell.

We couldn't make this up, so we borrowed it from a trusted source. http://www.examiner.com/article/bulletproof-whiteboards-a-comic-book-denial-of-gun-free-zone-realities You simply have to read the commentary, and some of the questions posed by the half wits who are going to spend 60 grand for these anti-shooter devices. Good Lord, even at a grand a pop you could arm and train 60 teachers would could put up a REAL defense of our children. We don't think we really understood the words "in denial" until we read this gem.

WVCDL has similar issues, but they also have Manchin :( Please support them if your schedule allows. 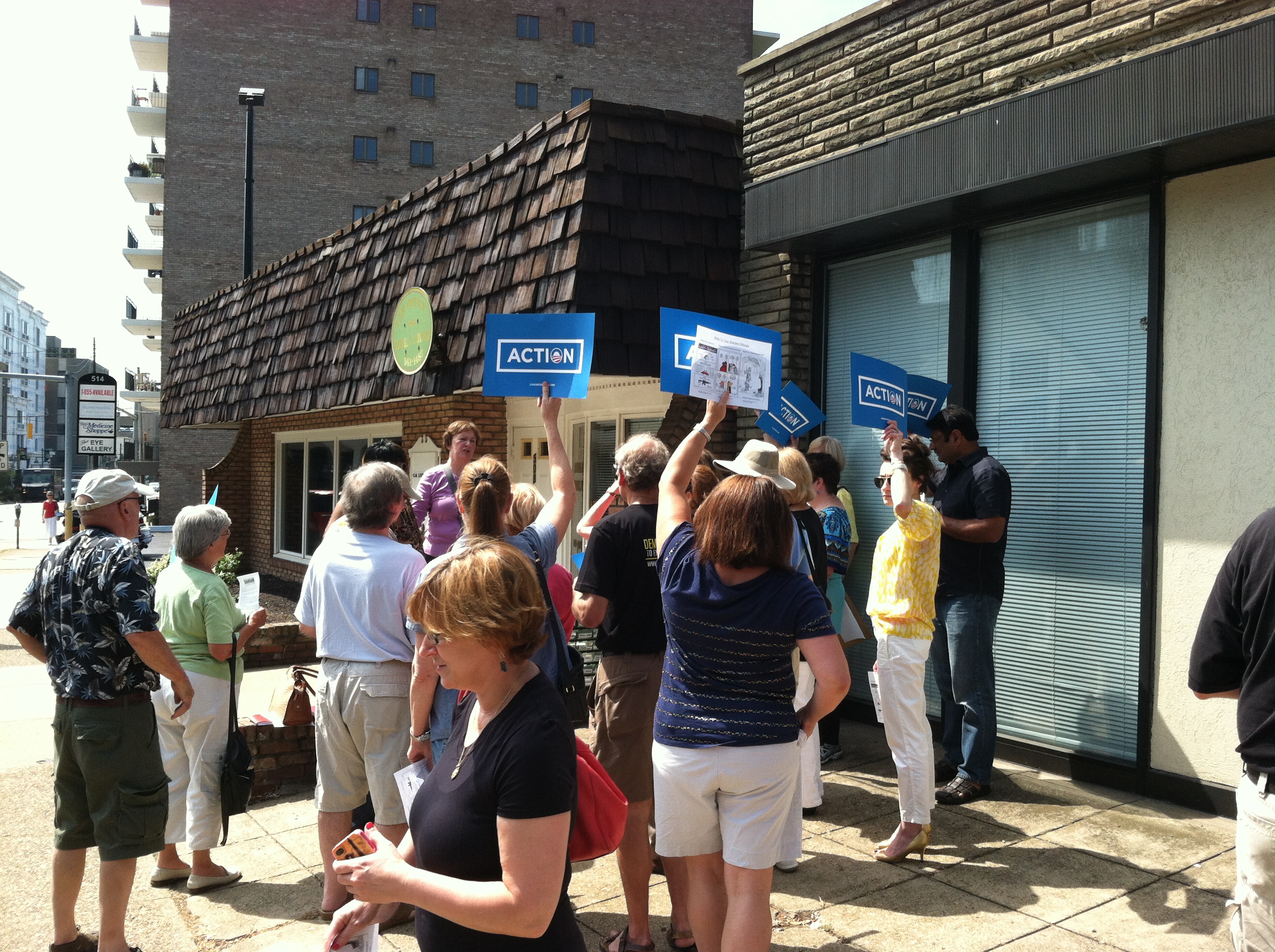 From our folks on scene. There appeared to be something on the order of 25 or less Obama supporters in front of Rep. Murphy's office yesterday, ranting about gun control, but offering little in the way of facts.Here is a report from Mt. Lebanon from one our members:"Several FOAC activists went to US Rep Murphy's office on Washington Rd in Mt. Lebanon and discussed the 2nd Amendment with "gun control" activists, most of which were polite except for a raving nut who was from Australia( claimed to be an American citizen) and had BS talking points. To our amazement, they also appeared to actually support Obama (see signs) !!!! A young Cease Fire Pa. woman, who admitted to being paid to be there, had a discussion with me, but had to leave abruptly once I showed her a copy of Article 1 Section 21 of the Pa Constitution ! :-)

We've often opined that gun control is racism in its worst and most evil form. Please watch this video. It shows the rantings of new Napoleon, bent on destroying the Constitution, quickly followed by a man of color who admonishes all of us to rise up to the challenges of the Nanny State. Its absolutely worth a look.

As former Australian politician Tim Fischer turns the shooting of Christopher Lane into an opportunity to push a travel boycott until the U.S. changes its gun laws, police in Sydney launched “a new plan to tackle out-of-control gun violence” there.