The horrible attack in Boulder, Colorado, that left 10 murdered has predictably led to a call for more gun control. Within a couple of hours of the attack, even before we knew how the murderer obtained the gun, Democrats were already calling for more gun control. With Senator Chuck Schumer promising to push the background check bills that had already passed the House (see quotes below). Again, the debate ignores whether this attack, like almost all the other successful attacks, occurred in a place where guns are banned. The unsuccessful attacks occur where people are allowed to carry guns.

Colorado allows private property owners to ban the carrying of concealed handguns on their property, and violating those signs will likely quickly lead to losing your concealed handgun license. King Soopers clearly banned the open carry of guns in their stores in 2019, but whether individual stores go beyond that and banned concealed carry isn’t clear.

If you see one of those signs that say “firearms prohibited,” or it is a picture of a gun with a little red slash through it, . . . Here in Colorado, it is not a separate violation. However, if you are caught violating the posted sign, you could be charged with trespass or unlawfully carrying a concealed firearm because the same statute that gives you the authority to carry concealed allows a private property owner to prohibit your concealed carry on their private property. . . . if you are found to be violating these types of signs prohibiting firearms, you could expect the sheriff that issued your CCW would quickly revoke your license.

This picture doesn’t clearly show this grocery store is a gun-free zone, but this sign looks like a gun with a red slash through it, and the CNN video is slightly clearer. If anyone has seen a clearer video or has direct knowledge of these stores, please let us know. If you open up this picture in a new tab, you will get a somewhat clearer view of the sign. 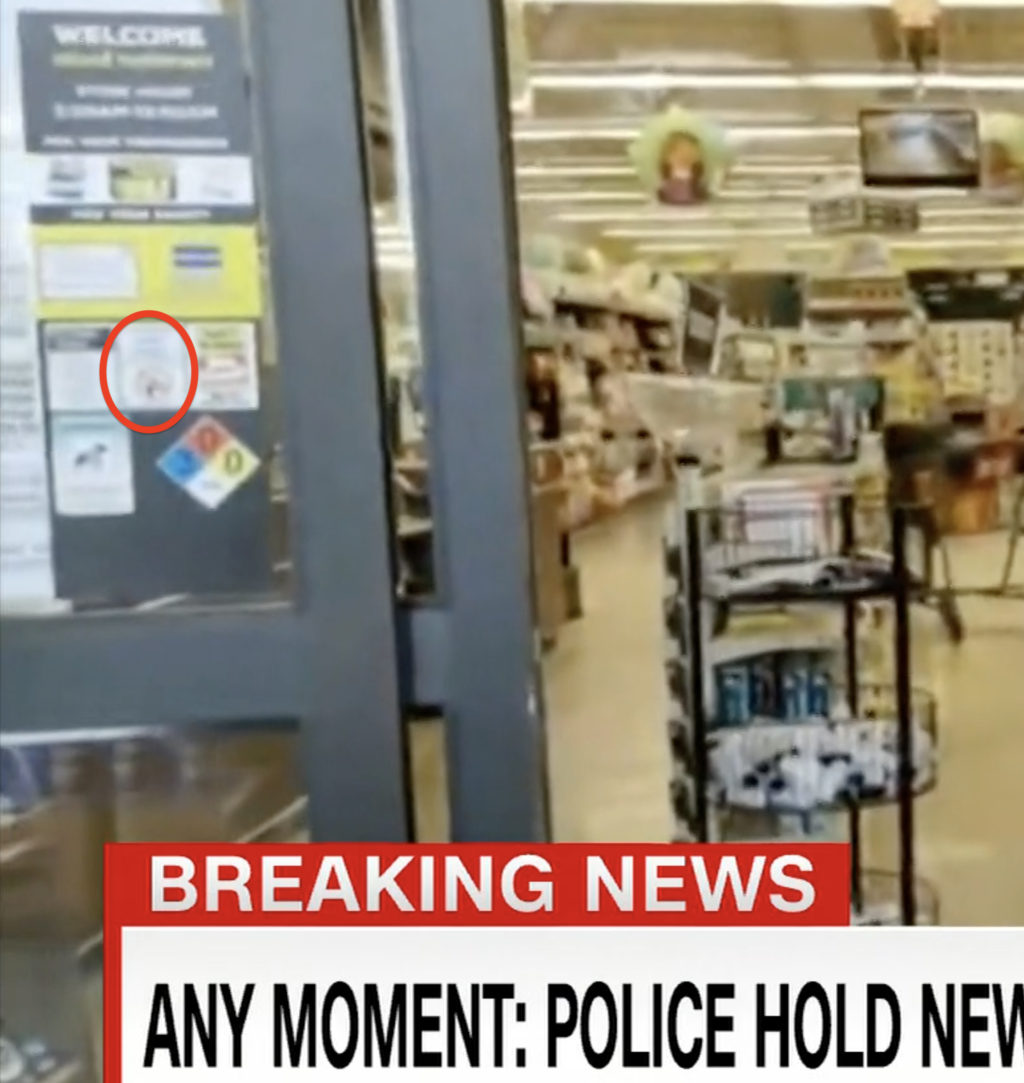 Among those immediately calling for more gun control within a couple hours of the attack.

In a statement, Democratic Colorado Representative Joe Neguse lamented the shooting and the long lack of congressional action on firearm reforms.

“It doesn’t have to be this way,” Neguse wrote. “There are steps we can take — and must take — to protect our community; common-sense, broadly supported proposals that will save lives. If we are truly invested in saving lives, then we must have the willpower to act and to pass meaningful gun reform. The time for inaction is over.”

In a tweet, Democratic California Representative Adam Schiff wrote, “Once again, a gunman has turned a public space into a site of tragedy. We don’t have to live in fear like this. We must pass commonsense gun reforms.”

Senate Majority Leader Chuck Schumer of New York wrote, “I’m praying for the Boulder community and the first responders. I’m mourning for those we’ve lost. This Senate must and will move forward on legislation to help stop the epidemic of gun violence.”