Except that there was not only a discussion but a paper published by the Anti-Federalists who eventually led to that pesky addition called the Bill of Rights: 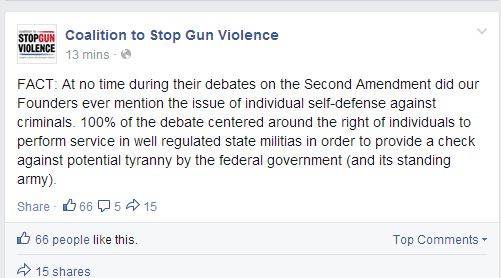 and their own state, or the United States, or for the purpose of killing game; and no law shall be passed for disarming the people or any of them, unless for crimes committed, or real danger of public injury from individuals; and as standing armies in the time of peace are dangerous to liberty, they ought not to be kept up: and that the military shall be kept under strict subordination to and be governed by the civil powers.
The Address and Reasons of Dissent of the Minority of the Convention of Pennsylvania to their Constituents
December 12, 1787

But a lie repeated enough times……